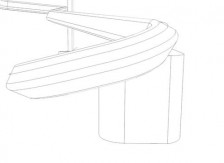 Back to Home page

No. I don’t remember the name–
Something European. But when the train
Drew in there unexpectedly last year
The people seemed familiar just the same.

It was summer. The high walls
Had been levelled to make space
For stalls and offices. From everywhere
Crowds hurried to the rebuilt marketplace.

In the train, people were singing,
Making up words as they went along.
On the platform, soldiers stumbled
Through an older, half-remembered song.

And at that minute the mortars coughed
Close by, and circled nearer
And nearer, around nameless towns
Of Bosnia, and Herzegovina.

from To Ring in Silence

By kind permission of the author and Dedalus Press